Internet Advancement Over the Years 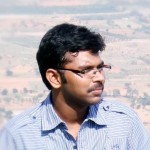 What the majority of us think of the Internet is nothing more than a pretty face of the operation — websites, browser windows, search engines, and URLs. But the real Internet, the mind behind the superhighway of knowledge and information, is a complex set of rules and protocols that someone had to design before we could access the World Wide Web. Computer scientists Bob Kahn and Vinton Cerf are credited with developing the protocols, known as the Internet that we so conveniently use today.

If you are interested in knowing more about when and how the internet was invented, you are in the right place. This article sheds light on the advancement of the internet over the years, so let’s get started!

Brief History of the Internet

As one might anticipate for technology to be ever-changing and expansive, it is not possible to credit the invention of the internet to any one person. It was the combined efforts of many pioneering engineers, scientists, and programmers, who each created unique technologies and features that finally blended together to form the information superhighway we all know today.

In late 1960, the Advanced Research Projects Agency Network (ARPANET) created the first feasible prototype of the Internet. The US Department of Defense originally funded its design. ARPANET used the technique of packet switching to enable several computers to communicate on one network.

Finally, on the 29th of October 1969, ARPANET sent its first note. It was a node-to-node transmission from one computer to another. The message, LOGIN was simple and concise, but it still crashed the emerging ARPA network. The Stanford computer only got the first two letters of the message.

In the 1970s, the technology continued to evolve after scientists Vinton Cerf and Robert Kahn developed Internet Communications protocol and Transmission Control Protocol, a model of communication that lay down standards regarding data transmission between numerous networks.

In the 1980s era, the protocol was thoroughly tested and included in many networks. In other words, the Internet continued to bloom and evolve at a rapid pace.

Finally, the interconnected worldwide network of networks begins to happen. At that time, it was common among scientists, programmers, and researchers to interchange information and messages. The rest of the people had inadequate knowledge about it.

In the late ‘80s, this changed when the internet morphed. All thanks to Time Berners Lee, who launched the Web as how we experience and use the Internet today.

The internet completely transformed from just sending notes and messages from one computer to another to developing intuitive and accessible browsing methods.  The Web was established on top of the Internet – which is its backbone.

When ARPANET adopted the new technology on January 1, 1983, their researchers started gathering the network of networks that we know today as the modern Internet.

In the 1990s, the online world took a turn for the better when Tim Berners-Lee invented the World Wide Web. Most people confuse it with the internet, but the web is an even more common way of accessing information and knowledge online in the form of hyperlinks and websites.

While exploring internet plans in your area, you will notice internet providers offering different types of internet connections. Compared to DSL, cable, and other types of internet connections, fiber optic internet usually offers faster download and upload speeds. Not to mention symmetrical speeds topped with exceptional reliability for the price. And, with several people still working and learning from home, fast and reliable internet is a must-have.

If you are also looking for fast internet that does not sputter out when you need it the most, fiber optic internet is definitely your best bet. Having said that, the availability may be an issue because fiber is not as widely available as other options. But no matter which connection type you may opt for, remember a good internet connection is one that provides at least 3 Mbps upload and 25 Mbps download speed. An average internet user can get away with fewer Mbps while heavy internet users such as gamers and streamers may require more, depending on their internet usage.

Today, one cannot even fathom living without the internet. Once considered a luxury, high-speed internet is now found in roughly three-quarters of American households. The web served a key role in making the internet popular among the general public and in developing the boundless trove of information that most people can access on daily basis. No matter how far away you are from your friends and family, you can easily stay connected with them and be a part of their lives.

Using Google Cloud? Here Is How Unikernels Interact With This Platform
HOW DO SECURITY CHECKS WORK
12 Popular Types Of Websites You Can Create
27 Most Useful Websites on Internet (2021)

Using Google Cloud? Here Is How Unikernels Interact With This Platform

How does QuickBooks Hosting work?

Using Google Cloud? Here Is How Unikernels Interact With This Platform

What To Look for in a Property Manager

Finding a Work Place To Conduct Your Business